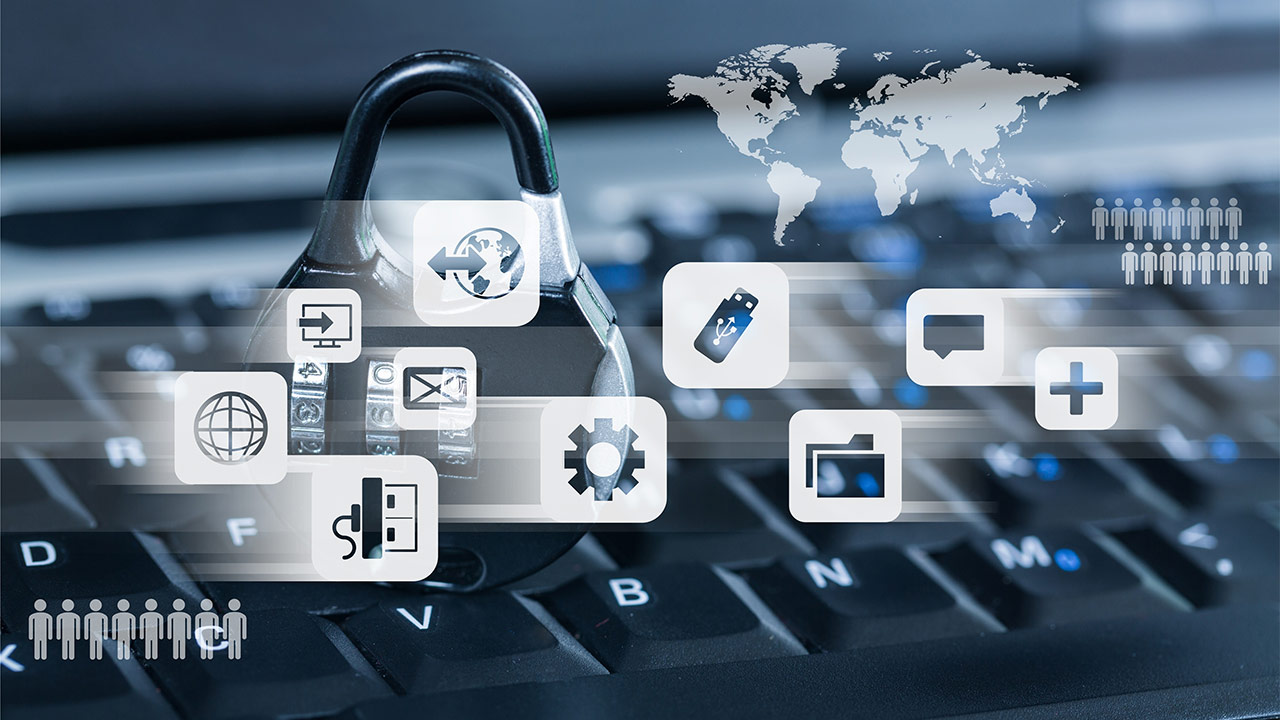 Everyday life depends on the internet, from online banking to shopping online in this digital world. However, with the increase in the use of networking, cyber-crimes have also increased, which results in the stealing of sensitive data and the spreading of malicious software through unnatural links. Here comes the importance of Public Key infrastructure. PKI is based on data encryption which secures online data from cyber-attacks. This document covers topics such as the application of PKI, use of PKI, components of PKI, management of PKI, and best practices of PKI.

What is Public Key Infrastructure (PKI)?

PKI, which is Public Key Infrastructure, plays a significant role in network security. It works based on data encryption. It contains a pair of keys called as Public-Private key and digital certificates. These keys are used for encryption and data decryption for secure information transfer online. These two keys can be used by applications, people, and devices.

The digital certificates are used to verify the authenticity of particular software or program. This Public Key Infrastructure is mainly used to secure the devices or network from malicious cyber-attacks.

A system that includes policies, institutions, and technologies that are used to handle the distribution, authentication, and revocation of a digital certificate is known as Public Key Infrastructure (PKI).

Public Key Infrastructure is used to make the secured online interactions by establishing and encrypting the endpoint’s identity and the data flow through the network’s communication channels.

The PKI is used for various purposes. They are,

The Public Key Infrastructure security has various applications in day-to-day life. It is used in many ways to secure online transactions. How PKI can be used are,

How Does Public Key Infrastructure Work?

The Public Key Infrastructure works on data encryption. It uses Public-Private Keys and Digital Certificates for the secure transfer of data. The PKI addresses four main issues that occur during electronic transmission. They are,

Let’s see an illustration of How PKI works.

For example, Person-A wants to send a confidential message to Person-B through electronic communication. So, Person-A has four major issues to be addressed before transferring the message.

Role of Digital Certificates in PKI

Even though the software developers can create their own digital certificates, it is easier and more reliable to use a trusted third party as the Certificate Authority. 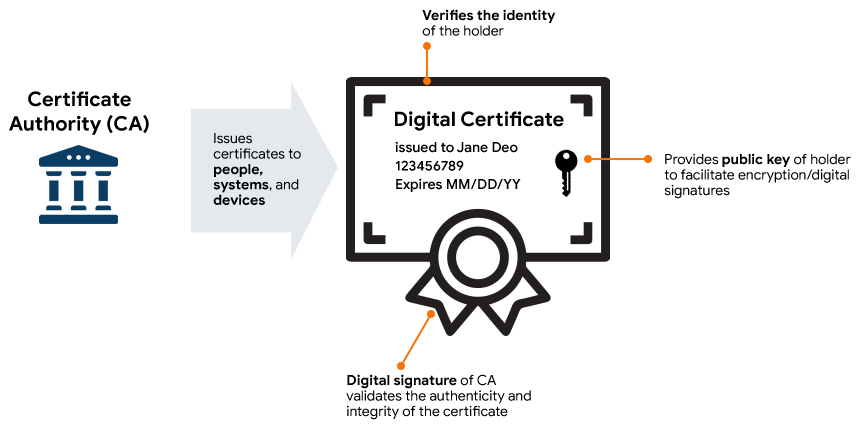 The digital certificates are used to guarantee that the content of a program or software is from an authentic source and does not contain any malicious programs in it. A digital certificate consists of various information such as,

There are three types of digital signature used in Public Key Infrastructure management. They are,

What is PKI Management? 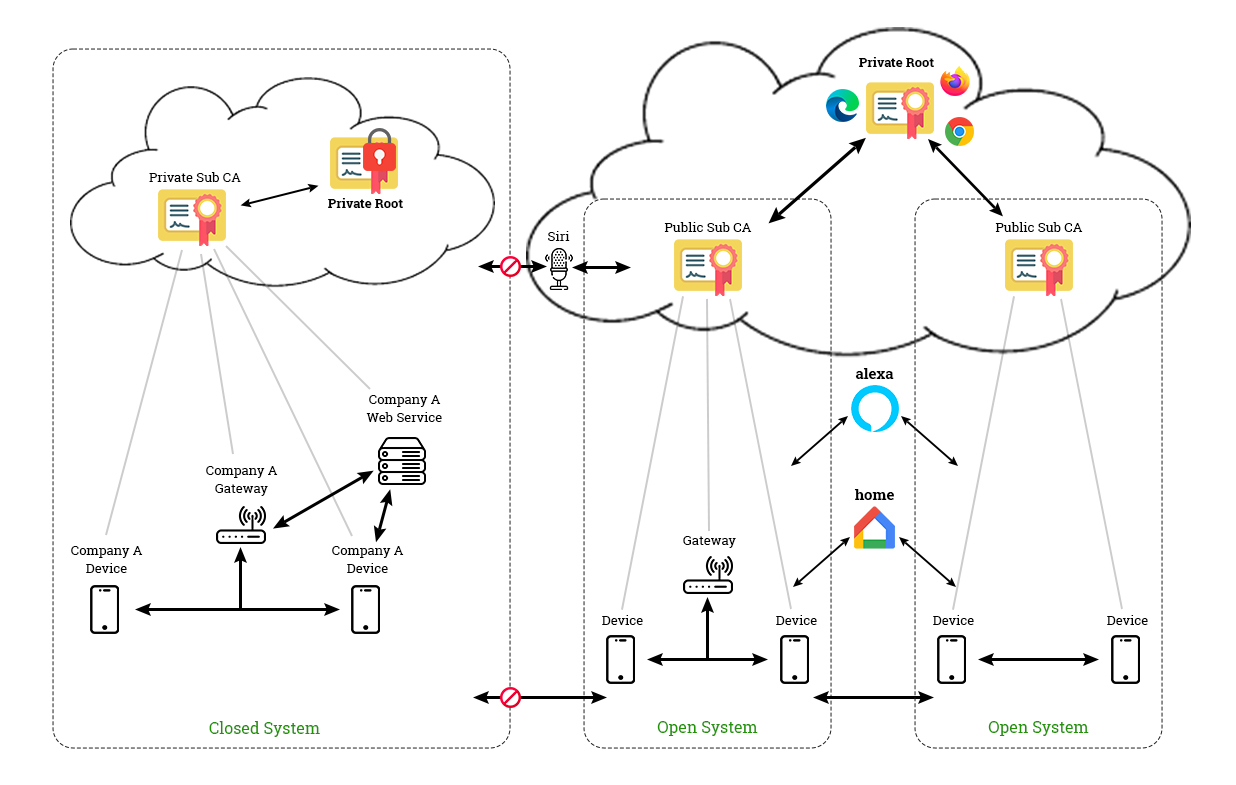 Why PKI Lifecycle Management of Certificates and Keys is Paramount?

Improper maintenance of the keys and certificates of a PKI may lead to various issues which may affect the management in many areas such as security, compliance, customer trust, etc. In addition, this can result in displaying error messages on public websites.

In PKI, the management of certificates and keys goes hand in hand. A digital certificate without a secured key is pointless, and a key is of no use without a valid certificate.

Before using the Public Key Infrastructure for secure online data transfer, it is important to understand the best practices of PKI management. This saves the company or organization from future problems and helps for the efficient functioning of PKI. The few major best practices are as follow

Cybercrimes are getting developed along with technology. In this world of technology, it is essential to have a secured tool to secure your confidential and sensational data from cybercriminals. Public Key Infrastructure is a tested and proven security tool in Information Technology. The implication of PKI has expanded to secure more business infrastructure and applications, which is emerged as a cost-effective technology. So, it becomes essential to follow a best practice for the lifecycle management of Public Key Infrastructure.

Previous Post Cyber Security Awareness: What Is It and Why is It Important?

Next Post Mobile Application Development Checklist: What You Need to Consider