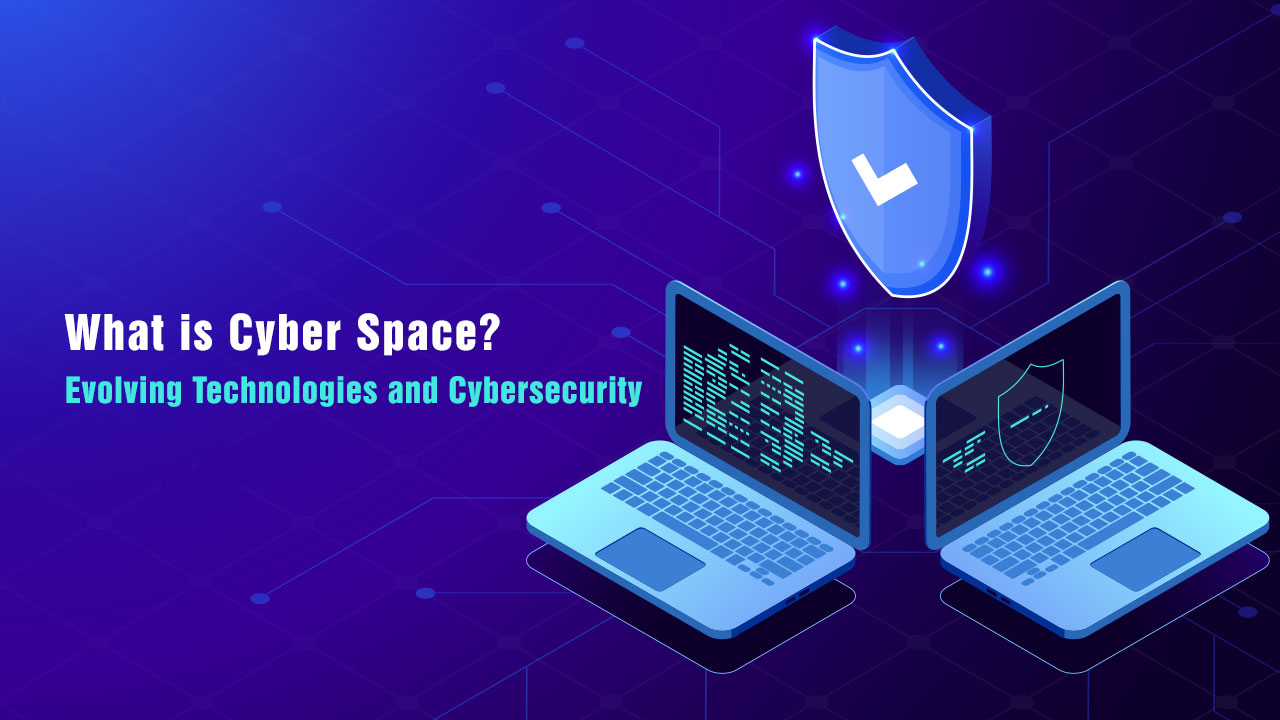 What is Cyber Space? Evolving Technologies and Cybersecurity

Cyberspace is filled with data that has become an asset in this digital era. Many crucial infrastructures such as healthcare, financial services, and power plants use the internet for data storage and communication. So, it becomes indispensable to secure the data to prevent cyber-attacks from hackers. The cyber-attack will cost millions of dollars, loss of data, reputation damage, and distrust among the consumers. To avoid such scenarios, cyber security should be given more importance. This document covers various topics such as evolving technologies in cyberspace, cybersecurity trends, the future of cybersecurity, etc.

What is the Cyberspace?

Cyberspace is defined as a virtual and dynamic environment comprised of electronics and communication devices over various networks to store and utilize electronic data. The cyberspace structure is like the structure of a human brain. A human brain consists of a gazillion neurons used to send signals; likewise, cyberspace consists of numerous network connections to communicate. The primary purpose of creating cyberspace is to share information and communicate across the globe. But now the cyberspace is serving beyond its initial motive. It plays an important role in our day-to-day life. Cyberspace network devices include personal computers and servers, supercomputers and grids, sensors, and transducers, etc.

Various technologies are evolving in a cyberspace communication network. They are as follows.

Some of the most common cybersecurity threats are

Apart from this, various cybersecurity threats are emerging each year. Even though the evolving threats come under the above category, their potentials have improved recently. There are a few examples, such as the ‘Zero-day‘ threat that avoids prior detection without any traces of digital signatures and ‘Advanced Persistent Threat,’ where the attackers hack the network and remain persistent despite software updates or system reboot.

Cyber security evolves with the emerging technologies in cyberspace.

Previous Post What are Web Shell Attacks? How to Prevent Web Shell Injection?

Next Post What is Vulnerability Management? Its Process and Best Practices